Senior consultant of the Arrhythmology Division

Charge nurse of the Arrhythmology Division

The Arrhythmology Division of the IKEM Cardiology Department is focused on the diagnosis and therapy of heart rhythm disorders. When these disorders are present, the heart beats either too slowly, too quickly or irregularly. Administration of various drugs is a suitable therapeutic method for some rhythm disorders, while implantation of pacemakers or cardioverter-defibrillators (ICD) or catheter ablations are suitable for others. The Arrhythmology Division is a centre with great experience in the treatment of arrhythmias through implantation of pacemakers or implantable cardioverter-defibrillators. It has extensive experience in the treatment of complex heart rhythm disorders and of patients after surgery for congenital heart defects. It is one of primary European centres providing catheterisation therapy of ventricular arrhythmias. The division has rich experience in the use of imaging methods during catheter ablations, particularly intracardiac echocardiography and integration of the images with CT or MRI angiography. Recently, the division has become one of 3 primary world centres that use robotic guidance for atrial fibrillation ablation.

Doctors, cardiologists specially trained in heart rhythm disorders, work at the Arrhythmology Division. Besides extensive experience, these doctors have technologies allowing the use of the most modern examination and therapeutic procedures at their disposal. The choice of these procedures depends on the nature of individual arrhythmias and on the condition of every specific patient.

modern equipment; one uses a robotic system for catheter ablations. The third theatre provides the same facilities as an operating theatre and is used for implantations of devices, such as pacemakers, cardioverter-defibrillators or implantable monitors. The Arrhythmology Division also has systems for outpatient continuous ECG monitoring (Holter assessment) and systems for long-term ECG monitoring. It also administers the whole-hospital digital system for ECG applications that supports keeping all ECG records in their digital form on a server (MUSE system). The laboratory of Holter monitoring is found in the premises of the Non-Invasive Cardiology Division on the 3rd floor of the building – block D.  Outpatient monitoring of patients with heart rhythm disorders is provided by specialised outpatient offices located in the zone of cardiology outpatient offices on the 3rd floor of the building – block B.

The Arrhythmology Division fulfils the role of a training centre for arrhythmologists in the Czech Republic, and also for interested persons from other countries. The division has regularly organised international symposia on catheter ablations since as early as 1998, with live transmissions from catheter theatres (www.ablationworkshop.cz). Annually, the division organises symposia with live transmissions from the implantation theatre for persons interested in training in heart resynchronisation therapy. The division has taken part in several live transmissions of catheter ablation at international congresses (in Singapore, Zurich, Cairo, etc.).

The Arrhythmology Division is engaged on a regular basis in popularisation of heart rhythm disorders in the Czech Republic. It participates in radio programmes, making of Czech TV programmes in the cycles of Diagnosis, Popularis and …. More information can be found here.

Basic assessment methods used in the diagnosis of arrhythmias:

Basic therapeutic methods used in the treatment of arrhythmias: 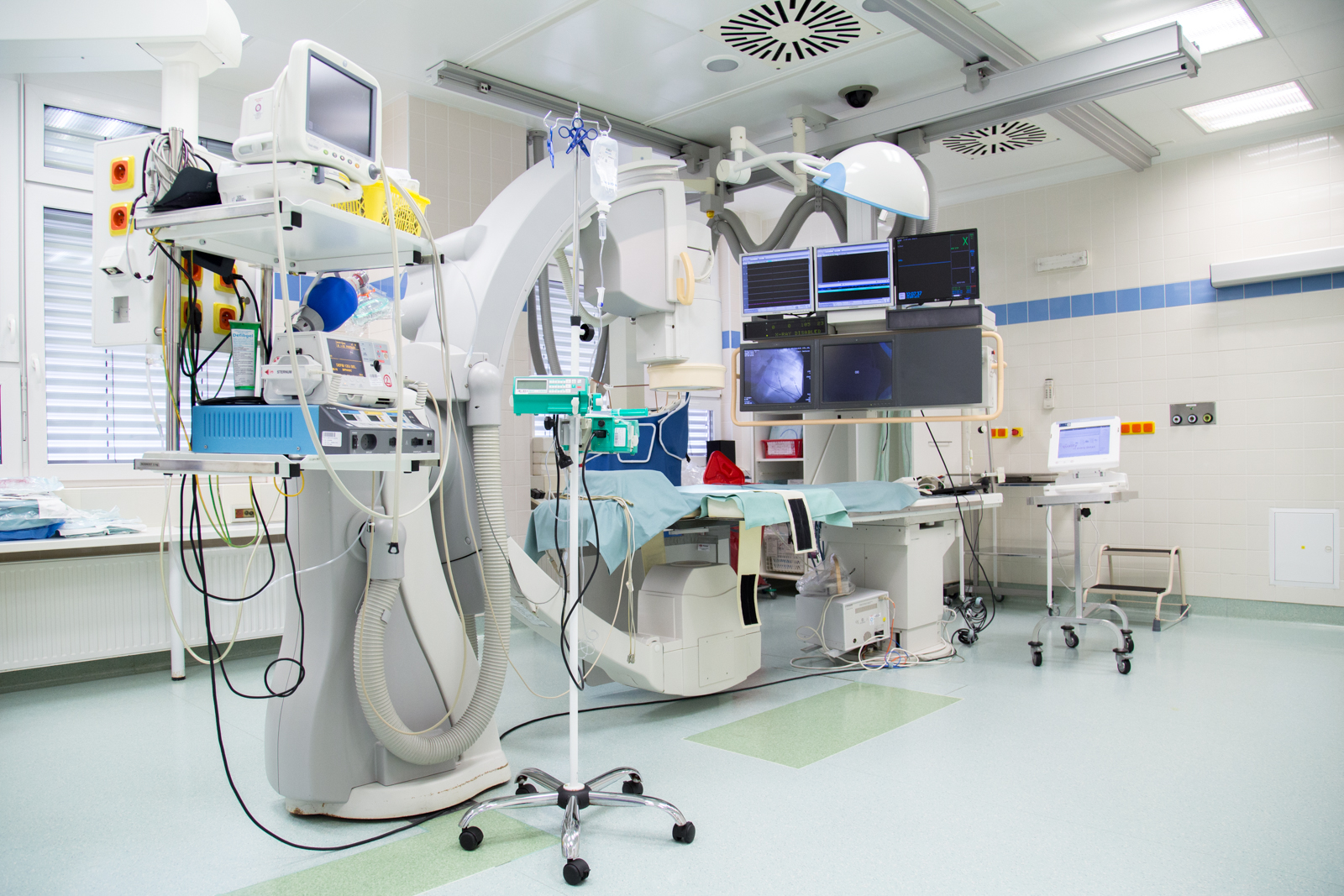