Institute for Circulatory System Diseases and the Cardiology Department

The establishment of the  Institute for Circulatory System Diseases (hereinafter the “ICSD”) on 2 Oct 1951 was a success in terms of creating a base to connect clinical and experimental activities, enabling exploration of research tasks on the European and in some directions also on the world level.

ICSD was the second site of its kind after the National Institute of Cardiology of Mexico. The institute organised and was actively engaged in research in the field of hypertension, atherosclerosis, coronary diseases and impaired blood circulation regulation. Later, the institute focused on research of valvular defects in connection with the rapid development of cardiosurgery, research of cor pulmonale and research of peripheral vascular diseases.

The founding director of ICSD was Klement Weber, known for his pioneering study of the effects of potassium on the myocardium. In 1926, he published a monograph on arrhythmias (Weber K. Arytmie. Praha, Česká akademie věd a umění [Czech Academy of Sciences and Arts] 1926, 19, 423). The deputy director and at the same time head of the ICSD Scientific Council was Jan Brod, a distinctive personality, outstanding scientist, pedagogue and person. Both Weber and Brod were the pillars of the institute, whose structure was supported by yet another great person in terms of clinical and human aspects, senior consultant Karel Bergmann, also coming from Bulovka (like Vilém Ganz, later known worldwide). Brod came from the First Department of Internal Medicine of the First Faculty of Medicine, Charles University in Prague. Thanks to these and several other personalities, a research institute was formed with good preconditions for work. 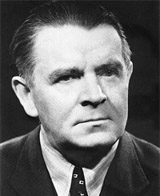 At the time of its founding, the institute had a clinical ward with 80 beds, an outpatient office, a radiography department, biochemistry laboratory, an experimental division, development workshops, and a division of the documentation and statistics including the library.

ICSD was divided into several groups based on the scientific focus. The first group of hypertension and renal disease was managed by Jan Brod, the group of coronary artery diseases was managed by Vilém Ganz, the group of atherosclerosis by Tibor Zemplényi, the group of circulatory regulation by Zdeněk Fejfar, and the group of higher nervous activity by Valtr Ehrlich. Later, the group of circulatory regulation developed into the cardiopulmonary group led by Prof. J. Widimský, and into the group of peripheral circulation where considerable success has been achieved by Ivo Přerovský, Anna Hlavová and Jiří Linhart. The epidemiological group was also established in the 60s, lead by Jiří Fodor. In 1966, the institute had a total of 151 employees, of which 33 were doctors and 6 were university degree holders, and only 6 (4%) were administrative workers. Other people also worked at the institute with enthusiasm: nurses, laboratory technicians, technical specialists and auxiliary personnel.

Very original studies of Brod and Fejfar focused on heart failure originate from the former work at the First Department of Internal Medicine at the First Faculty of Medicine, Charles University in Prague. Their study of the effects of dibenamine on nervous factors of heart failure laid the foundations of vasodilation therapy, introduced to practice as late as 25 years later.

They also described the mechanism of nycturia in patients with chronic heart failure caused by increased renal perfusion during sleep due to relaxed splanchnic vasoconstriction during night hours.

In the first years of ICSD existence, the group of Brod and Fejfar tried to find a method to determine factors that could act as risk indicators of future hypertension in healthy persons, both in adulthood and in adolescence. Adolescents were examined using a number of tests – emotional, orthostatic, physical loading, response to a sudden audio stimulus or painful stimulus upon cooling. The idea was that those who respond to these stimuli with an excessive increase of their blood pressure will be at risk of hypertension in the future (Fejfar et al., 1954). It should be of regret that this study did not result in any long-term monitoring as it may have given rise to a “European Framingham study”. 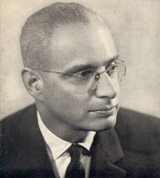 The work of Prof. Brod and his group focused on two areas of research: hypertension and nephrology problems. The research of hypertension focused on etiopathogenesis of hypertension. Brod and his colleagues observed the effect of emotional load on blood circulation in hypertonic and normotonic persons. They elaborated the method of observation not only of the overall haemodynamics, but they also monitored the flow of blood through the splanchnic region, muscles and skin. As they found out, an emotional stimulus causes vasoconstriction in the splanchnic region, kidneys and skin and vasodilation in muscles. According to Brod and his colleagues, the essence of essential hypertension consists in fixation of the circulatory response to emergent situations. It is very interesting that the restructuring of the haemodynamics during an emotional stimulus in hypertonic persons is actually identical to haemodynamic restructuring that occurs in heart failure. This fact resembles the phylogenetically old preparation for fighting or running (Cannon); thus a developmental mechanism of the distant past when the human organism often had to be prepared to “fight or run”.

Arnošt Froněk and Vilém Ganz succeeded in elaborating the original method used to measure the flow through various vessels using the local thermodilution method. Unlike classical thermodilution that determines the minute cardiac output by injecting the physiological solution in the right atrium and by detecting subsequent temperature changes in the pulmonary artery, they prepared a catheter to inject the physiological solution in the pulmonary artery, while the temperature changes were also detected in the pulmonary artery trunk. This was possible due to special shaping of the catheter. Their original study compared the determination of the minute cardiac output using the classical method and local thermodilution and was published in the journal Circulation Research (Froněk et Ganz, 1960).

Ganz also used this method to measure the blood flow through the limb (Ganz et al., 1964) and to measure the coronary flow (he used local thermodilution to determine the blood flow out of sinus coronarius – Ganz et al., 1964). Ganz developed these studies further after emigrating to the US in 1965 and his Swan-Ganz catheter (Prof. Swan was the supervisor of Dr Ganz in Los Angeles), developed by him and serially produced in the US, became renowned worldwide. 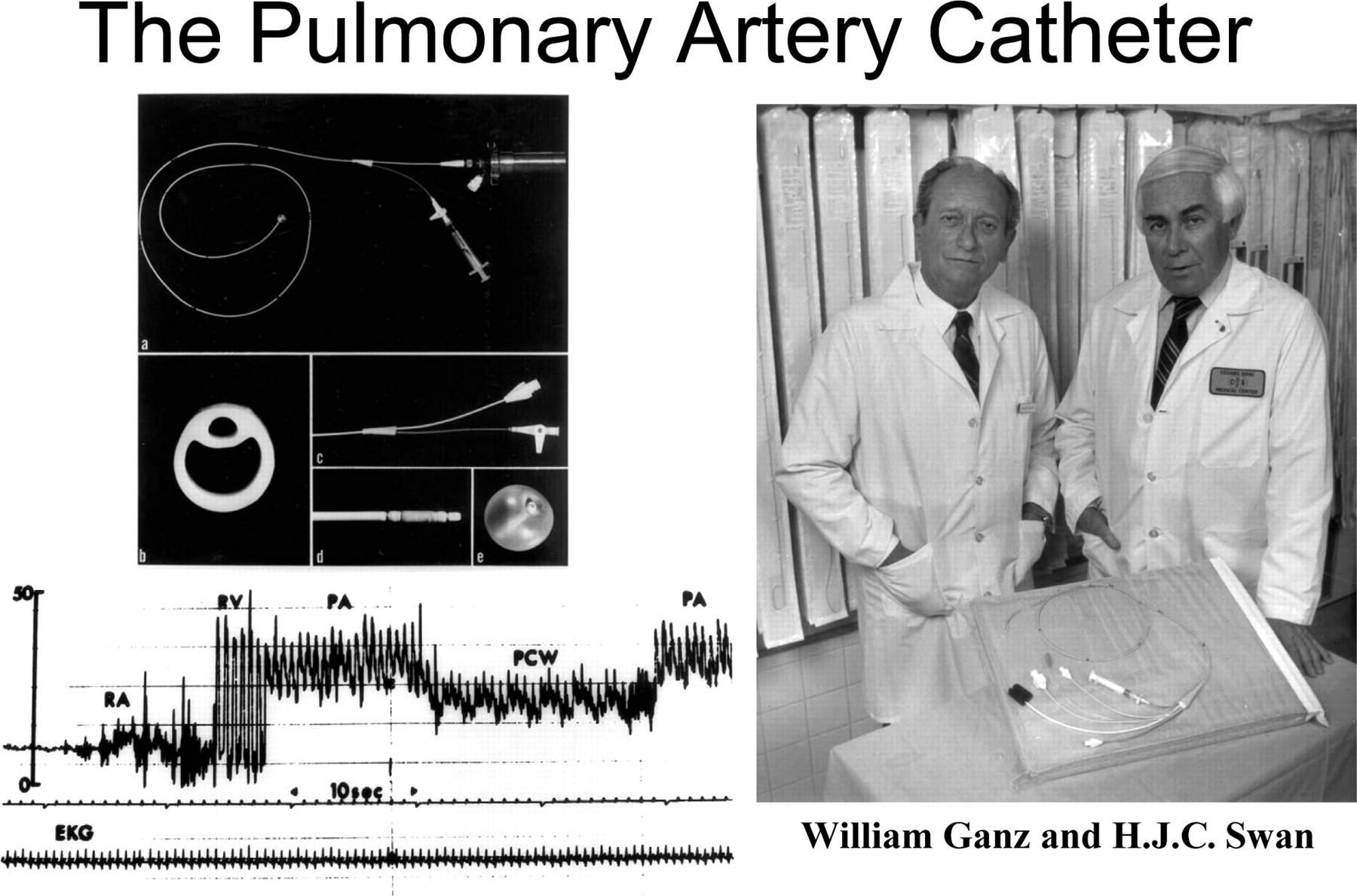 The first non-selective coronarography at ICSD

A number of ICSD personnel participated, both in terms of organisation and also actively by giving lectures, at the as of today only European Cardiology Congress held in Prague in 1964.

Zbyněk Píša with Jan Hammer, Rudolf Dejdar and others (R. Trávníček and J. Buda of the Institute for Clinical and Experimental Surgery, hereinafter the ICES) introduced into practise the method of coronary arteriography by injecting the contrast medium into the aortic bulb.

The first coronary unit in Czechoslovakia

The first coronary unit was established in Czechoslovakia thanks to the initiative of Hammer and Buda in 1966. The unit was located at the department of cardiosurgery, with the idea that proved to be too far ahead of time – that cardiosurgery procedures would form an important part of therapy. Two years later, it was relocated to the Institute for Circulatory System Diseases, where it has remained and serves as the only coronary unit for the citizens of Prague 4.

The first cardiostimulation at ICSD

Already in 1964, Peleška and his colleagues of ICES and ICSD presented the report on their two-year experience with cardiostimulation in the treatment of patients with the Adams-Stokes syndrome and complete A-V block at the European Cardiology Congress in Prague. We should also remember the effort of Jan Hammer to reduce the incidence of sudden death in the population through widespread use of defibrillators, which he proposed to install at all places where more people gather (for example at stadiums, etc.). Only now, thanks to the technical development of defibrillators, is this idea starting to be applied in the US, and the possibility of also using defibrillators on on planes or in families of high-risk individuals is being contemplated.

Tibor Zemplenyi with his collaborators including, for example, Olga Mrhová, focused on the research of the vascular wall from the metabolic point of view in the pathogenesis of atherosclerosis.

They measured a wide spectrum of enzymatic activity of the vascular wall. For example, they determined that in the model of experimental atherosclerosis in rabbits, dehydrogenase activity decreased and phosphatase activity increased before any morphological alterations could be demonstrated.

The first primary-preventive international, double-blind study of the effect of reducing cholesterol levels by clofibrate

15,000 persons – 1/3 from IKEM in Prague, 1/3 from Edinburgh and 1/3 from Budapest – were enrolled in this study initiated by the WHO cardiovascular department in Geneva, led by Zdeněk Fejfar from 1957. This study was the first in the world to demonstrate that the reduction of cholesterol levels by 9-10% resulted in reduced cardiovascular event incidence of 20%. This study provided evidence that hypercholesterolemia was not only a risk factor, but also one of causal factors of coronary atherosclerosis development.

An insignificant increase of morbidity and mortality was an adverse effect of clofibrate therapy. This study was of such importance for the research of atherosclerosis and its prevention that the British Heart Journal devoted an incredible 49 pages to it. At the same time, the clofibrate study was the first large international study into research of cardiovascular diseases conducted in this country.

Predominantly those studies which demonstrated that the core of varicose veins was a congenital defect of collagen in the venous wall, insufficiently compensated by irregular growth of the muscle mass were important.

ICSD employees as heads of the WHO cardiovascular programme

The facts that, in 1959 Zdeněk Fejfar became the head of the cardiovascular department at WHO headquarters in Geneva, and in 1964 Zbyněk Píša became the head of the European part of WHO for cardiovascular diseases in Copenhagen, were important for international contacts. Thanks to intensive lecturing and publication activity, Prof. J. Widimský could in the 70s also be elected as a member of the committee of the European Society of Cardiology, and later as its vice president.

Emigration of ICSD members in 1968

Thanks to its management, ICSD was an “oasis” in difficult times, especially in the 50s. It never found favour with representatives of the state. In the second half of the 50s, ICSD was subjected to political clearance aimed at dismissing a number of its employees. The institute was criticised for its excessive orientation at “Western science”, manifested not only by numerous publications in primary journals of the West, but also by the fact that as noted by Prof. E. Braunwald of Boston, the nestor of American cardiology, ICSD was the only known centre of cardiology of the then Czech Socialist Republic in the US.

The political and specialist orientation of the institute was also manifested in 1968 when ICSD was directly affected by the greatest wave of emigration. Fourteen university diploma holders left including the director, J. Brod. Their careers at the best Western universities provide evidence of the high specialist level of ICSD (7 colleagues became professors at prestigious North American universities – Douša, Ehrlich, Fencl, Fodor, Froněk, Ganz, Zemplenyi).

Research activities of ICSD were focused on pathogenesis, pathophysiology and diagnosis. Original papers were highly emphasised by the Scientific Council of ICSD. Publication activities were intensive; for example, ICSD employees published 238 original papers (excluding abstracts or reports) in 1960-1962. The management of the institute highly appreciated cooperation with faculties of medicine and with some theoretical institutes including the institutes of ČSAV (Czechoslovak Academy of Sciences).

Establishment of the second internal research base

In 1971, IKEM was formed upon integration of four, until then independent, research institutes and 2 laboratory units. ICSD thus became the second internal research base of IKEM. Prof. J. Widimský became the director.

The 70s were characterised not only by the development of coronarography, but also by coronary surgery.

In the 80s, Prof. Fabián became the director; this period was especially marked by the beginning of heart transplantations.

After the revolution in 1989, Prof. Vladimír Staněk became the director of the Cardiology Department.